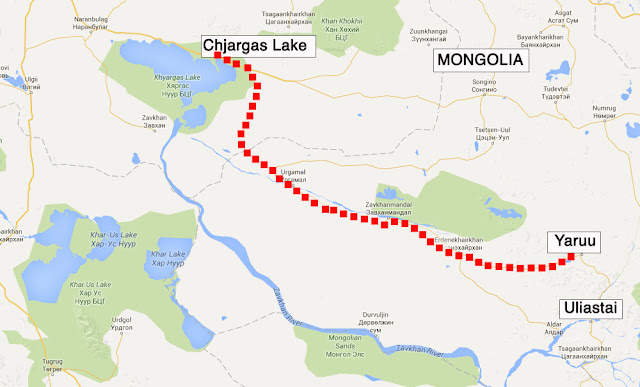 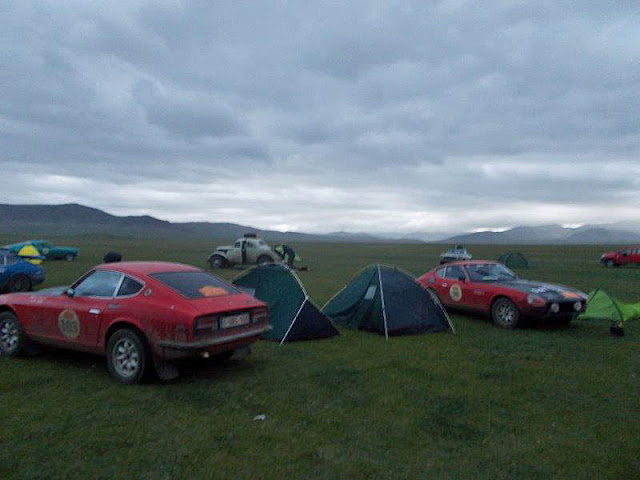 It was raining when we woke up this morning, so we had to take the tent down in the rain. It’s soaking wet. And it was cold. 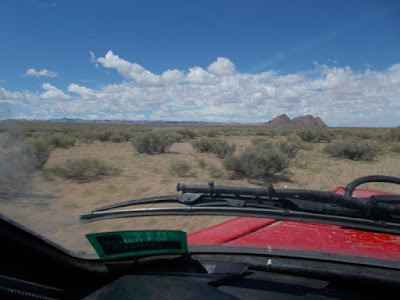 The rally today continued on the amended route from the alternate camp site, and after about 30km re-joined the road book.
There were three stages which are the good bits of road.
The rest of Mongolia’s roads really are pretty poor. Either corrugated or pot-holed sandy tracks.

Mark drove conservatively on the timed tests.  Should be fast enough to hold the position, but not to damage to the car. 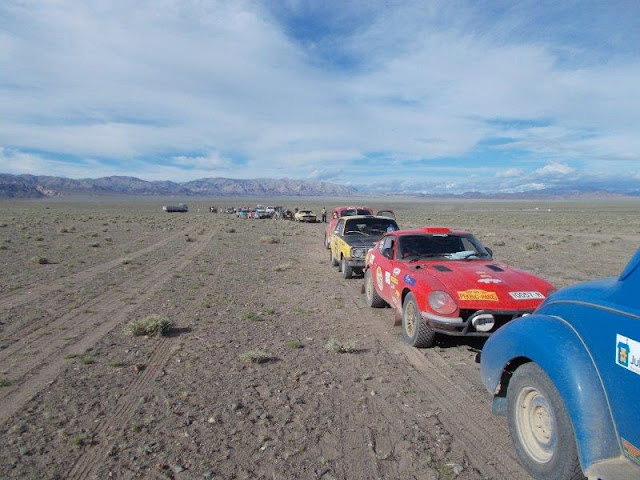 We have reached tonight’s camp site on the edge of Lake Chjargas, and are at the moment queueing for the petrol tanker which hasn’t arrived yet.  There are 25 cars in front of us in the queue so this means we have passed on the road about 75 cars.

It’s blowing a gale and threatening to rain again.
Update:  The wind has died completely.  I think I'lll go and put up the tent now.

The weather in Mongolia is very changeable.  There is often a strong wind which can come from any direction and is generally very cold.  It rains regularly but clears to fine blue sky just minutes later. It’s now a beautiful day -  just 30mins later and our sodden tent is almost dry.

The fuel truck hasn’t arrived yet and the queue of car is getting longer.  It takes about 10 mins a car to refuel from the tanker, so even at 25 in the queue Mark will not be happy.

As you might expect, mobile communication are few and far between. When we went through a village we got a msg from Stewart (Wilkins) saying that the people shipping tyres wanted a copy of Mark’s passport!  I tried sending a msg to Mary to see if she could send a copy to Stewart. It seemed not to go through but Mark was able to telephone Stewart from there.  The msg from my phone must have eventually got thru as later I saw a response from Mary.  There are no comms at tonight’s campground. 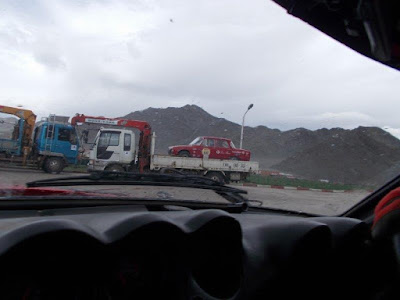 We are looking forward to a hotel in three nights time.

12 noon AEST (21 Jun): a text message comes through::
The leading Alpha is on a truck to Novosibirsk.  The 2nd-placed Porsche has had suspension problems.  Not sure when we'll have next phone service...

Plus, theres an official rally report of the day's action at  http://www2.endurorally.com/pp2016/reports.html

The official summary does note that the onetime outright leaders, Georgio Schon and Pierre Rosette, were once again forced to wait for mechanical assistance as their bright red Alfa Romeo Giulia Super stopped dead in the middle of Test Three.

.
For full progress results, go to: http://www2.endurorally.com/pp2016/results.php
Note that Gerry Crown and Australia's Matt Bryson, in their P76, are making their way up the leader board, after early problems.
Posted by Unknown at 16:53