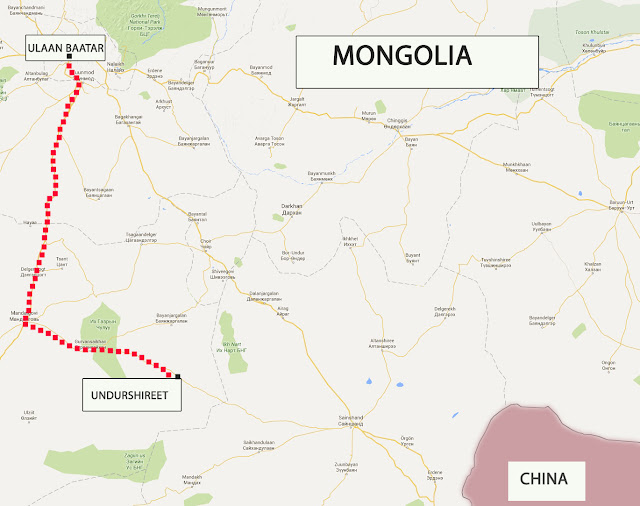 Short cold sleep last night in the tent.  Howling cold wind in an otherwise very pretty camp site.  We didn’t get to enjoy it much as we worked on  the car until 2am. (see day 3 blog).

We stopped at the village of Endershill to get a splash of fuel. It was 80 octane and we were urged not to take any more than we need so as not to exhaust village supplies.  Anyway, I calculated another 25 litres to bring us up to a bit over 50 would be enough for 193 Km.  Not quite. 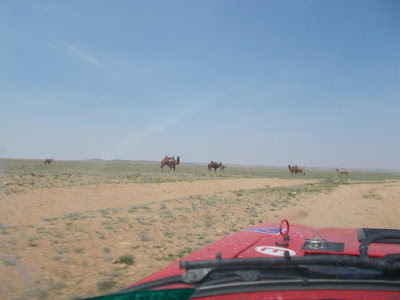 There were three 'tests' (competitive stages) today.  All much the same.  Multiple tracks running every mostly all going the same way.

Occasionally you find yourself getting too far away from a waypoint and have to cross country or find a track going in the direction you want.

Once we back tracked a couple of Ks to a track we saw but didn’t take, as the cross country option looked a bit hazardous.

By the time we started the third test, it was clear to me we weren’t going to have enough fuel to get to the refuel point. We did have enough for the test part, but sure enough 15km out of town we rolled to a stop, where two other cars were parked.  All Americans and Kiwis. No one had any fuel but the Americans who were changing a tyre offered “Oh don’t worry – the Chevy will tow you”.  We got the rope ready. The next car that came along had no petrol but the one after offered us 5 litres.  We were away again.

But – driving very steadily, Mark clobbered a large rock and from there, steering took a massive amount of muscle effort. Fortunately, it was a straight fast road to Ulaan Baatar. When we checked into control at the Shangri-La (!), I enquired where we could get work done and was pointed to a Merceedes dealership which I thought may not want to know us.

But all good.  For 100,000 of local currency (A$50,) they put it on a hoist, removed sump guard and loosened the rack mounts. After a quick call to Stewart Wilkins back in Sydney, who advised that if the crossmember moves just a little bit, then the steering shaft can bind up. We loosened the clamp joining the rack to the steering column and all was good. 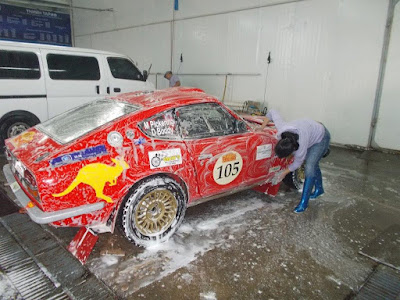 We went into a car wash just after a quick wash to get the mud and dust off , but after about half an hour when they started to detail the car we said no no !!  "It is going to get dirty again!"
They couldn’t speak English but we communicated by typing a message into mobile phone which they could read.
Anyway, for about $A10 the car looks brand new.
We are in currently in 2nd place after others had problems.  Mark has decided that he needs to slow down a little if we are to make it to Paris as the danger of very fast tracks that suddenly have huge holes in them is a real danger to the car.

Today's jobs.  Check the car – tie down spare wheels - and for Mark, buy some clothes 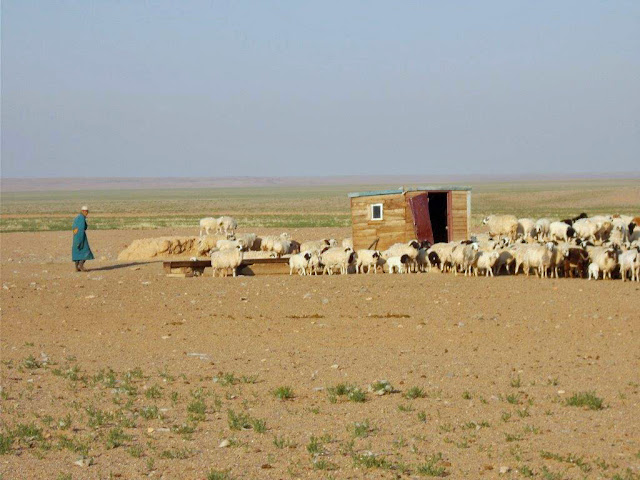 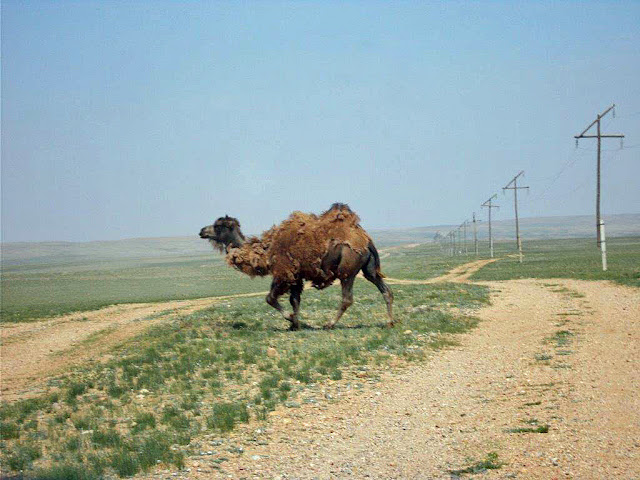 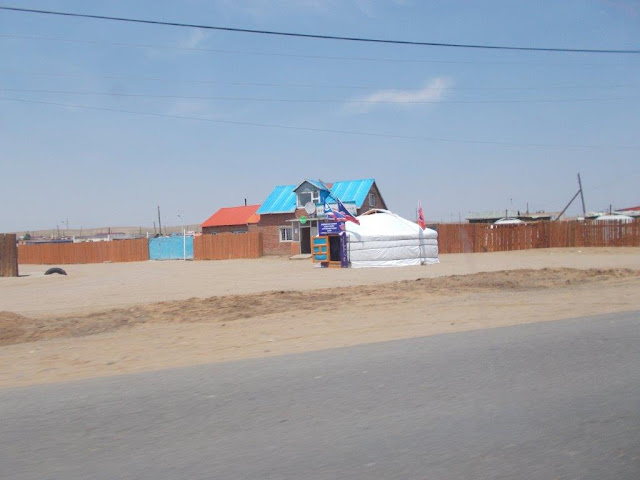 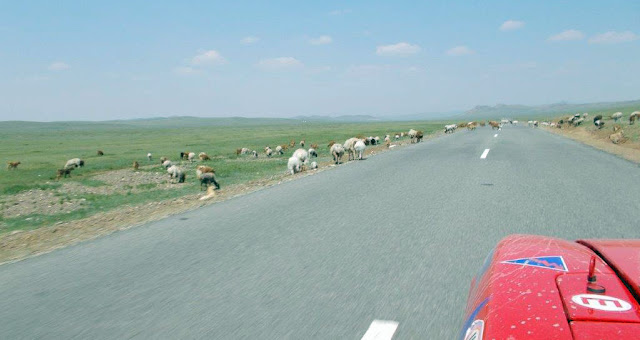