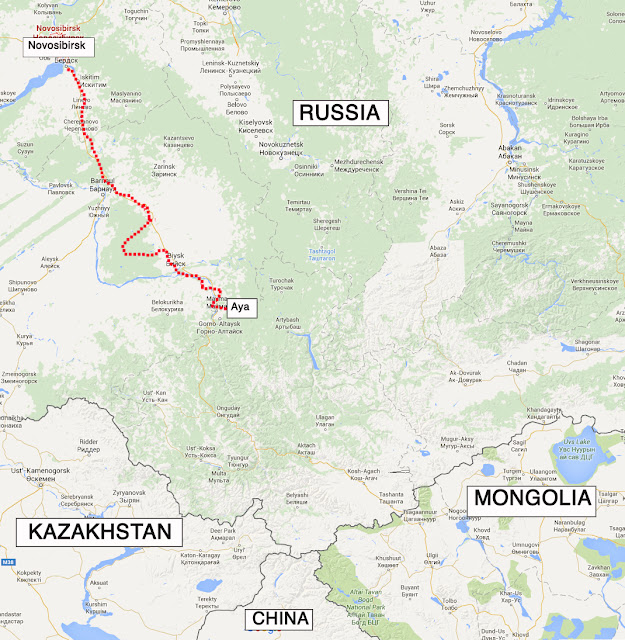 After our first hotel for a week we were feeling pretty good and up for a big days rallying.
There were four stages scheduled, and another three trial sections where high average speeds make for fun driving.
This was not to be.

The start was delayed an hour as Aya is a different time zone to Novosibirsk and the police who were to close roads/direct traffic were expecting to start an hour later.

The first stage was also cancelled due to being too wet.  Some 30 km out of town we were all stopped and advised that the 2nd and 3rd stages were also cancelled and we should proceed to the next time control but must book in on time. 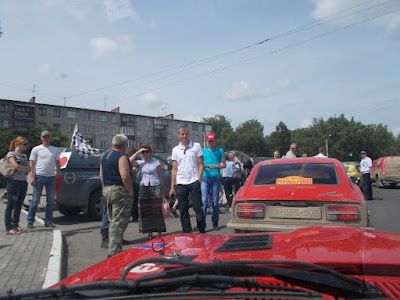 At the next time control in the town of Biysk, chaos reigned. 100 plus cars arriving en masse at the town centre and planning to stay there for a couple of hours.  After a short while they decided to move everyone on.

So out to the only stage for the day.  It was dusty. Really dusty. I was worried we would catch a slow car after a couple of minutes and be stuck behind it for the 14km.

We offered Rob Garnsworthy the opportunity to go in front of us but guess what – he was happy to stay behind.  After a bit of gap engineering we started behind the Jackson's Mercedes with a 3 minute gap, and the section was a great blast. Mark enjoyed it and we actually got a bit of time back from other competitors. 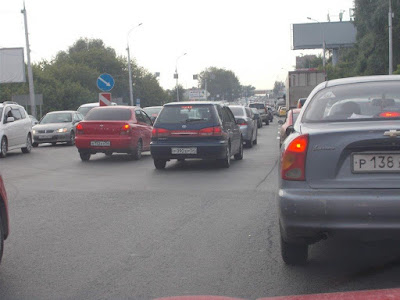 After that was a long haul in massively heavy traffic to get to the Marriott at Novosibirsk.  Russian roads in this area are a bit like the Princes Highway of the 1980s.  Too many trucks travelling slowly and too many cars intent on passing everything in their way at every opportunity.


Anyway we are here, and enjoying the luxury  of the Marriott. 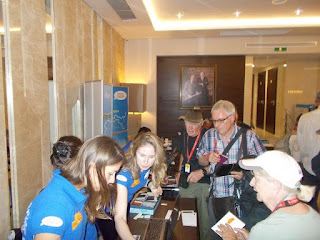 Every hotel is obliged to take a copy of your passport.  All pages.  The organisers have taken copies of everyones' passports and save us this delay when we check in to hotels.
·       We were given "Welcome to Novosibirsk packs" as we arrived and they contained T shirts.  Sounded great but seems they have only one size and it's XXL.  Sadly not my size.

Tomorrow is a rest day which mean washing clothes and checking everything on the car.
Teammates Eric/Renee and Joost/Jacques have offered the workshop they have arranged for us to check our car.  We will take up that offer.