I’m told Novosibirsk is the capital of Siberia. and that the name means ‘New Siberia’.

The temperature here is 30 degrees summer and winter.  In winter you put a minus in front of the 30.

We found somewhere to wash the car before we had a look at it.  I was hopeful that would be the end of our day but not so. 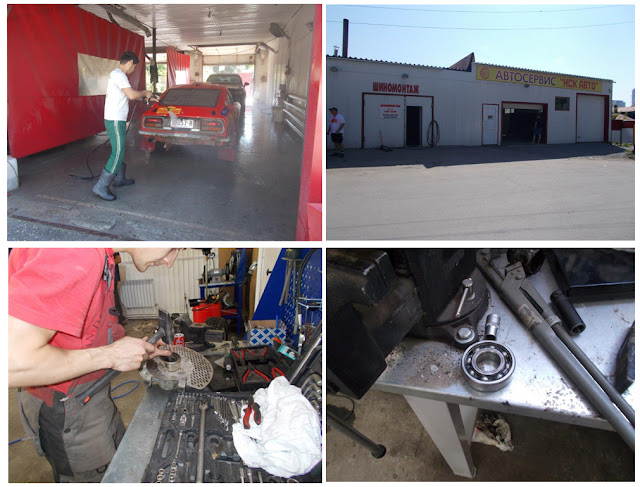 On the way into Novosibirsk, Mark thought he could hear bearing noise, and sure enough, the left rear wheel had a problem.  We were worried about play at the top of the front struts where the shaft slides in and out as well, but when we called Stewart Wilkins back in Sydney, he advised that on full droop, the bearing are close together and this is not a problem.

Stewie also gave us the part numbers for bearings.  We had a few problems.

One, our phones won’t work and two nobody can understand us anyway.  Got the local SIM card to work by putting more credit on it. Topped-up twice through the day.
Mark’s Telstra phone seems to work intermittently.  Never when you want it.  My Optus phone doesn’t work at all. The Russian SIM seems to work OK but gobbles up the roubles.

The workshop was built a bit like a big refrigerator.  I guess it’s insulation for the -30 winter days. 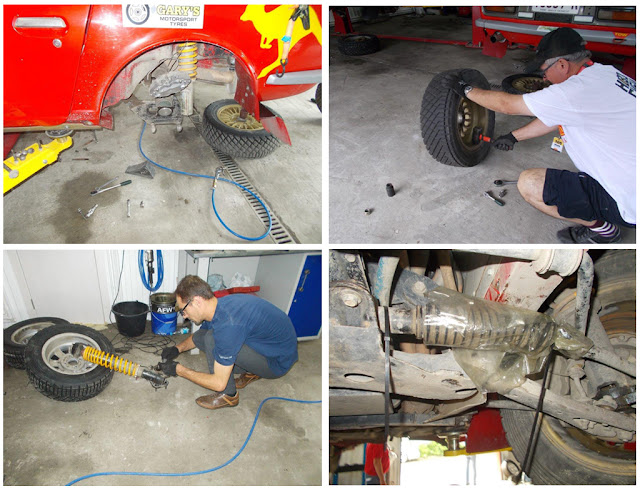 We hired a mechanic, a young guy who only spoke Russian, but was keen to help. He went to a bearing shop but they only had one of the two races we wanted.  The bearing shop wanted us to knock the old races out of the hub and bring them in to see what they had that might do the job.  We were reluctant to knock the old races out as we thought there may be no way to keep going if they couldn’t find equivalents.  Anyway, eventually we did and eventually they found bearings to fit.

We also found our bent rim (which had become a spare) was flat.  This turned out to be punctured by a piece of sharp rock. 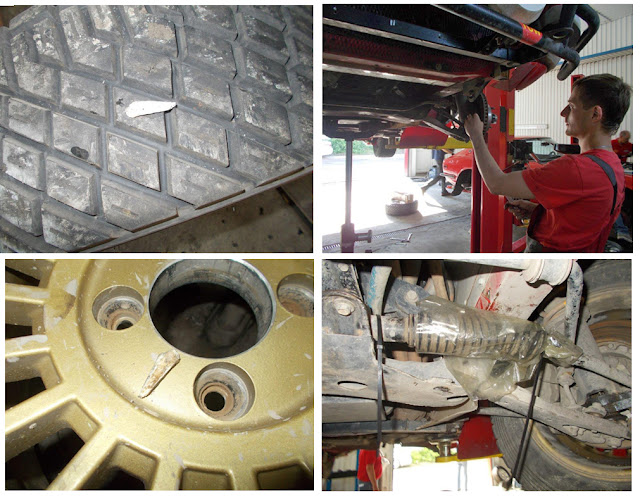 Next issue was torn rack boots.  After looking at this for a while and having tightness in the steering, we decided to remove and straighten the rack.
After undoing engine mounts and raising the engine and dropping the somewhat bent cross member, we found the rack wasn’t bent at all.  The problem seemed to be that the cross member moved back a little, so the steering shaft was too long and was binding up.  After grinding a mm or so off the end and extending the flat spot a couple of mm, it finally all seemed nice again.
Our local guy sourced some new rack boots quite quickly.
On starting the engine, the fan was now touching the radiator shroud.  The engine must be sitting higher!  So Mark and the mechanic repositioned the shroud.
The repair of the left rear tower is also holding up well. 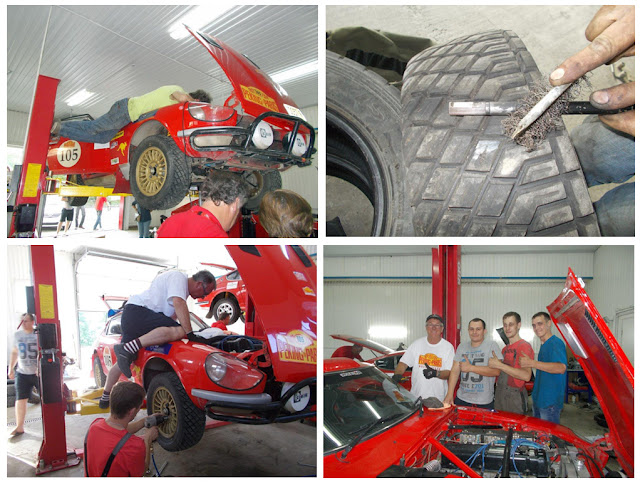 Sorry for all the technical jargon today.  Cross fingers it all holds together.

Car 103 Eric and Renee from Belgium, serviced their 240Z in the same place as us and were a great help.  Many people have helped us to this point.
Our other Belgian friends Joost and Jaques rejoin in the Mercedes today and will go fast.

On a side note - The hotel mixed up everyone’s clothes.  They were trying to sort it themselves as every item had a unique number. But they ran out of time.  We all had to go to the basement where clothes were spread everywhere and find our own.  I'm missing a pair of socks.
At least, they waived all laundry charges.