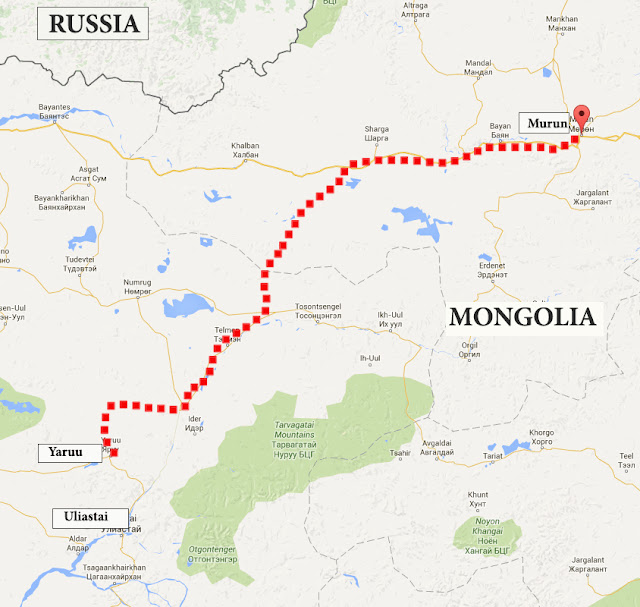 Our drama for this morning was when we couldn’t get the back hatch to open. 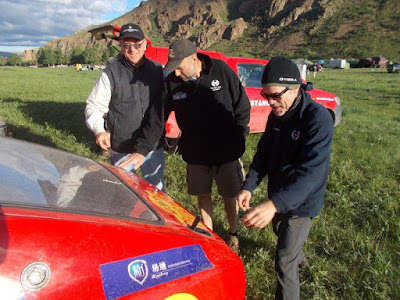 We struggled for half an hour, tried volumes of WD40, turning the key in all direction, bashing the lock button with varying degrees of aggression.  We then went to the event mechanics who have helped us previously and asked if they could drill out the lock.  For five minutes, they did the same things we did, and it worked for them.  From now on, we don’t lock the hatch. 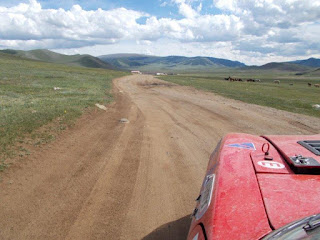 Today’s route was changed, due to water damage to the roads.  In fact, the camp site  at Yaruu is some 30 or 40km away from the original planned site at Uliastai.  All the planned stages for the day were cancelled and the first 3.75km were designated a test (a competitive).  It was the best bit of road we have done today. I think we were fastest.

At the start we were give two pages of amendments, one of which was to use a different route in the GPS at a particular point.  Along the route we were stopped and an official loaded another route into everyone’s GPS. And – damn it – our GPS died immediately after they had done it. 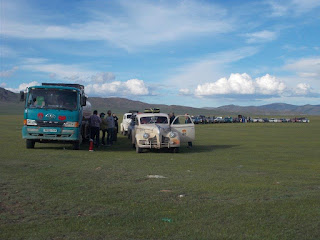 So we tried loading it into the backup GPS.  This partially worked.  I think all the waypoints were in but the route wasn’t complete.  When we got to the end of the route in the GPS, there was a 15km gap to the next closest waypoint. We went slowly, waiting for someone to follow.
My other concern, other than not knowing where we were actually trying to get to, was would we run out of fuel?  We didn’t. We had 20 litres left. 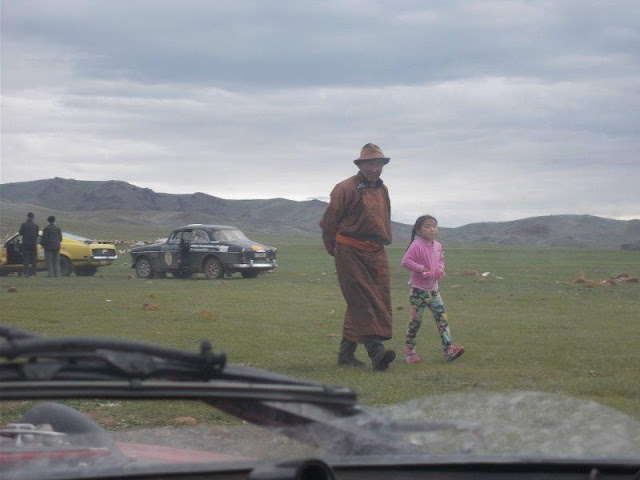 Refuel was at the camp from a tanker and it took roughly 10 minutes per car.  Mark waited 1:15 Hrs.  I took the tent and set it up while all this was happening.