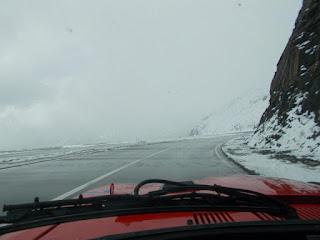 Today started with a reroute to avoid roads taken out by snow.  We travelled on a better road and actually had a few snowflakes fall on us briefly. At the highest point today with snow and cloud all around, the GPS showed 2340 meters. 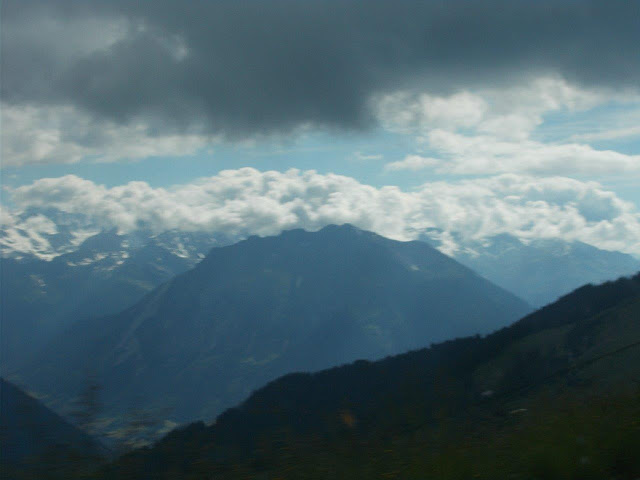 There were two tests today, the last for the event.
The first was on a small circuit and again it was a motorkhana.  Instructions were given out in the 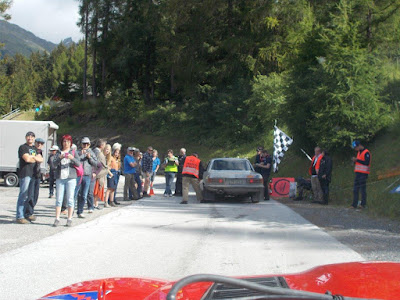 morning so more people did this one right than the last one, where 45of 48 competitors got the max lateness of 6 minutes.  We went very slowly, but I think did it correctly.

The 2nd was a conventional, mostly gravel uphill stage, and again we went steady but came in under the minimum time so no penalties.
Today was the end of competition for the rally.  The next two days are touring to get through France to Paris.
The big interest today was who would get second place.  Ludovic Bois and Julia Colman in the Volvo were just six seconds ahead of the Adam & Murray Jackson’s Mercedes.  On the motorkhana, the Jacksons were two seconds quicker so the gap came down to four seconds.  It then came down to the last test where I believe both cars came under the bogie time.  This will mean the Volvo is 2nd and the Jacksons 3rd.

Travelling in the back blocks of Switzerland is painfully slow. Every little town has a speed limit of 50km sometimes dropping to 30 in the centre of towns.  Everyone drives at snail’s pace and getting out of the way is just not the done thing.  Most stress for me this event has been worrying that we would lose time on the liaison sections. That hasn’t happened yet.