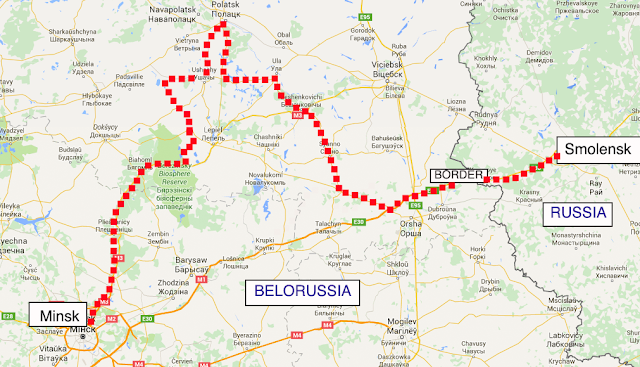 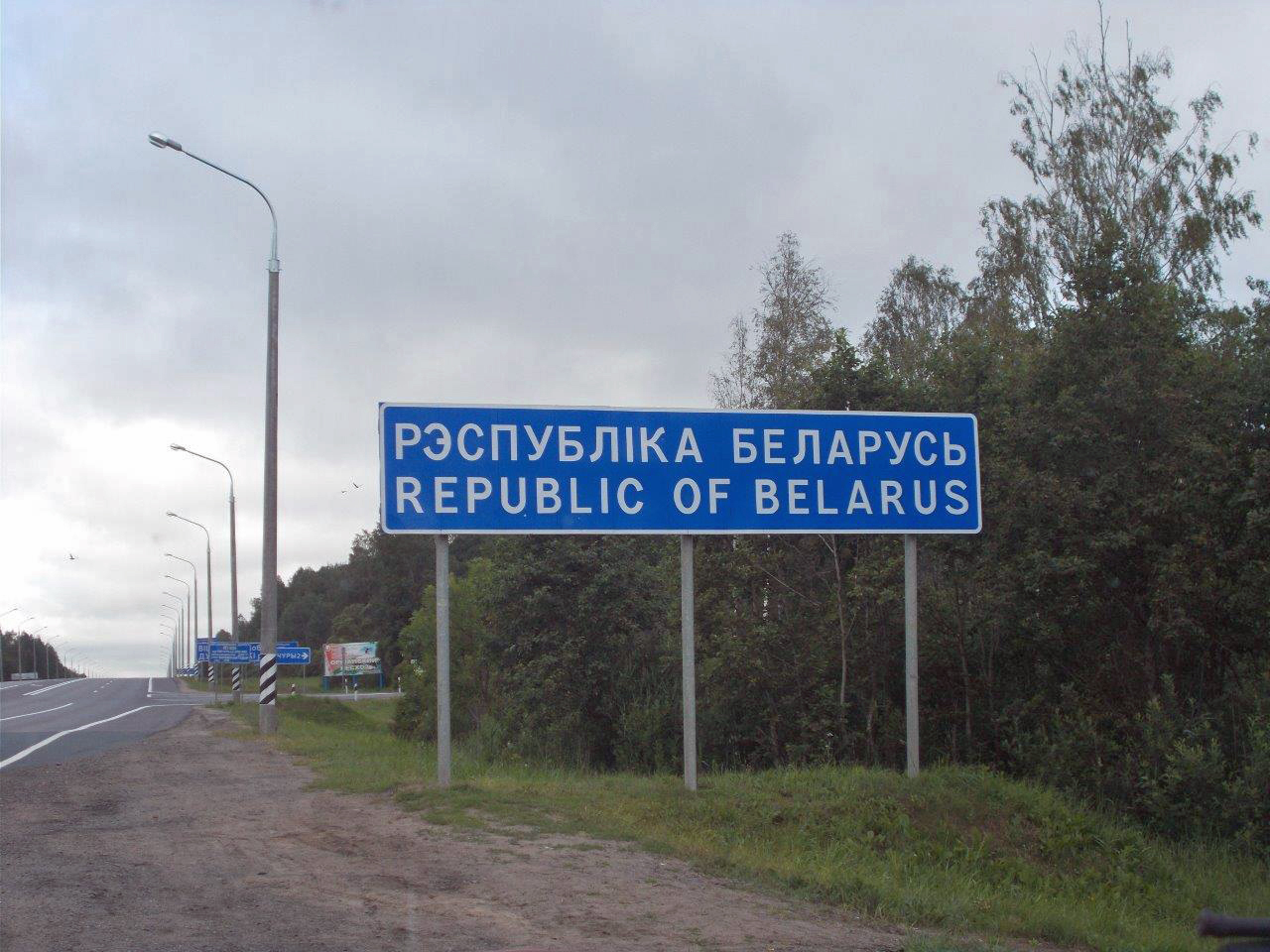 This morning, the start control was 80m down the road in another country, Belarus.

(We were issued with E-Tags for Belarus toll roads.  As we got close to Minsk this evening the e-Tag beeped probably 5 or 6 times.  Not sure what it costs but the ERA is covering it.)

We allowed plenty of time as we really didn’t know what traffic would be like or what process we might have to endure.  Everyone else did the same so we all ended up waiting for our start times at a garage just over the border in Belarus.

To fill in time, Mark and I drove back down the road to find a money changer who swapped our 10-
thousand Russian rubles for three million Belarus rubles. (In 200,000 notes)

First impressions of Belarus are good.  It had better roads, better drivers and tidy well-kept towns. We haven’t seen derelict falling down infrastructure as we did constantly in Russia.

After the start there was 232km of transport to the town square in Polatsk. Polatsk's claim to fame was a monument declaring the town to be the centre of Europe. 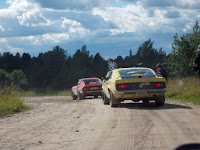 After lunch, there were 4 gravel stages which were very much to our liking. I need to see actual results but I believe we did well without taking too much out of the car.

On the first stage, we had only gone 1.5km when Matt Bryson appeared as if he was a spectator giving us a thumbs up and urging us on. I then noticed the back of the P76 absolutely parallel to the edge of the road.  Gerry had fired off into the bushes and Matt told me later it was beached with both the front and back wheels off the ground. Matt tells me it cost them 17 minutes which will put them back a few places but ever positive, Gerry and Matt believe they can get that back.

The 2nd stage was run twice and while I expected to be quicker the 2nd time, that didn’t happen as a rain storm made driving at high speed impossible.  They say Melbourne has four seasons in a day, well, this place has four seasons in an afternoon.  It went from hot and sunny to bitterly cold and pouring rain, then back to sunny in less than 3 hours.

The day’s end control was 106km out of Minsk so it was a late arrival at the end of day hotel (a Marriott).  Minsk looks very much like many other modern European cities.

The only car issue for the day was the engine not wanting to start.  The symptoms are as if there were dirty terminals on the battery (which is not the case).  Mark suspects that the small wire on the solenoid may be loose and he is down there now tightening it.

Buying fuel at garages is different here.  You have to pay for your fuel before you get to put it in.  Mark goes to the window with a piece of paper saying how many litres of 95 octane he wants. The garage operator then shows you what it will cost on a calculator, takes your money and enables the petrol pump to deliver that amount.  I’m told that if it won’t all fit in the tank, you lose and the garage wins.  They don’t give refunds.  We haven’t had that problem yet.
98 octane is rare here.  95 is generally the best you can get.

For those (particularly Hal Moloney) interested in the pre-World War 2 cars running in the vintage and veteran category, here's a selection of them: