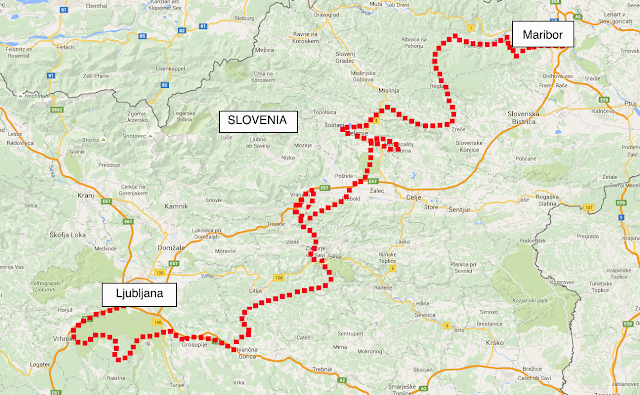 One early other section was on a racetrack, but to lower the average speed to meet requirements we were supposed to weave around cones placed all over the track.  Something like a giant motorkhana. Well, neither Mark or I are good at motorkhanas.  In fact 90% of people seemed to think the whole thing was a joke. Our time will be good, we took a few shortcuts, but I don’t know what other penalties they might apply.  I’m told there may be a 6 minute maximum.  I will be annoyed but ……
The first section was good gravel and the rest tarmac.  The tarmac was excellent quality and ran through villages very close to houses at times.

Stage security seemed high. Every intersection was bunted off.  They had fire trucks and ambulances at beginning and end of sections.  All the closures and setup was done by locals, while the controls are always ERA (Endurance Rally Association) officials.

On one stage today Marks phone ended up on the floor under the pedals, which reminded me that something similar had happened the other day, except then it was my camera, a bit bigger than the iPhone, had landed in the floor well.  Mark complained it was under the accelerator.  I suggested it would have been better if it had stayed under the brake. 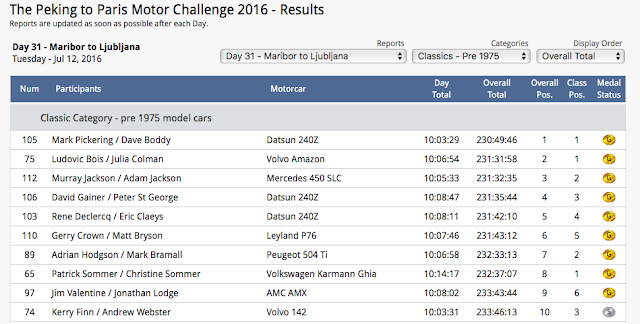 The battle is still raging for third place.  I think the Jackson Mercedes has an overheating problem.
Gerry and Matt in the P76 had some problems today.  I think it was a water pump, and they feared they would have to stop many times on the way to fill the radiator.   Driving behind our GT teammates Eric and Renee, we noticed their 240Z exhaust was starting to drop down.  We messaged them that they had a problem!


Our other team mate, Joost is charging on with his usual enthusiasm in his V8 Merc, on a quest to win the European Cup.
All in all, an enjoyable day’s rallying.and tonight, we're in Ljubljana, the capital of Slovenia. 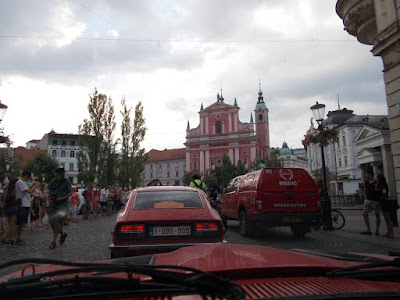