No competition today and a fine warm day.  The roads were generally a little better, but there were still occasional sections of badly broken tar where cars wandered everywhere trying the miss the worst of it.
The countryside looks good.  Out of town, you could be in southern NSW in a good season.  However, the villages are very run down.  There are masses of people still watching and waving us along. 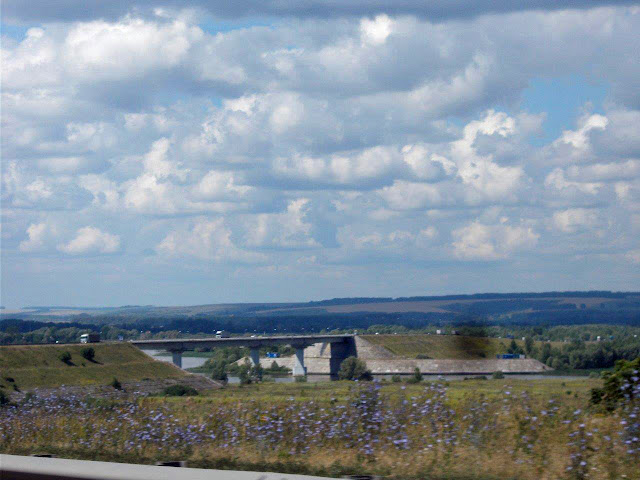 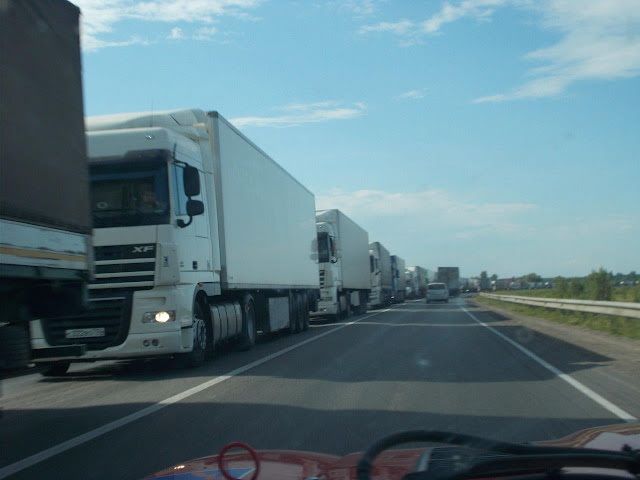 At one roundabout, it looked like we were in a huge traffic jam of trucks, but one of the trucks left us a gap and pointed to go up the inside.  We were out of the chaos in one minute flat. We saw trucks queued up for two kilometres as we left the roundabout. 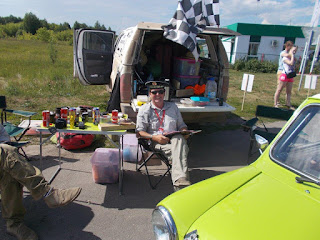 The time control in Nizhny Novgorod was in Victory Park, full of old Soviet Military equipment. 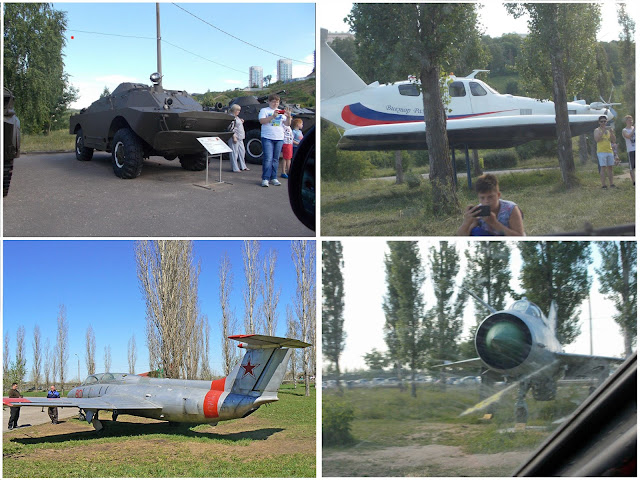 We were again given a glossy book about the town (Nizhny Novgorod is the 5th largest city in Russia. Population is 1.25 million).  The library in the back of the Datsun is starting to get heavy.

For more details  on the day's travel, see the official Rally report at: http://www2.endurorally.com/pp2016/reports.html