Quote Wikipedia:
“Kazan is the capital and largest city of the Republic of Tatarstan, Russia. With a population of 1,143,535, it is the eighth most populous city in Russia. Kazan lies at the confluence of the Volga and Kazanka Rivers in European Russia.”
Yes, it does seem pretty big but we will only see a small part of it. 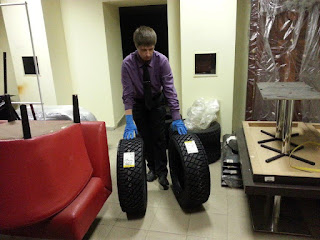 The first thing I did on arrival yesterday was ask to see the tyres that we put so much effort into sending here.  Seeing them was the only way I was going to believe that they had actually made it here. It took probably 30 minutes after my inquiry at the desk before someone arrived who knew anything about them. Another 30 minutes before they were able to locate them in a store room. 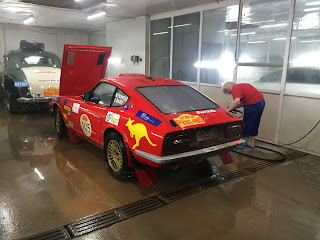 The hotel we are at, the Kronston Tower, is big and very like hotels in Las Vegas.  In the basement is a car wash which Mark used yesterday.  (When I say used, he watched while the car was washed.) 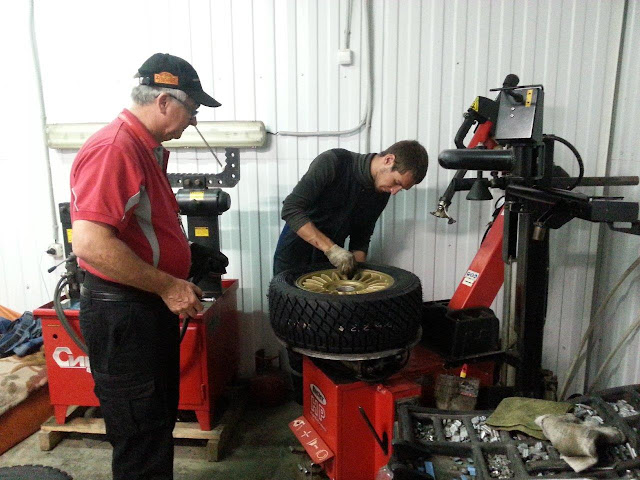 This morning when we asked about somewhere to change tyres, we were told “in the basement” and sure enough, without leaving the hotel, we had 6 tyres removed and 6 replacements fitted. So we haven’t left the hotel yet. 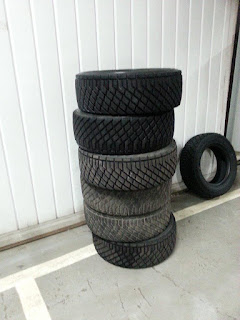 I believe one of the other competitore is considering using our discarded tyres.  He hasn't been happy with his light truck tyres.

Having a look at yesterday results, we are gaining time on the gravel sections from our nearest rivals without too much trouble. We were generally second fastest behind Joost/Jaques who are out of contention for an outright place because of earlier engine problems.  They will now chase the European Cup (the prize for the best performance across Europe).
Second place Rob Garnsworthy/John Teasdale beat us by a second on the Kazan tar circuit. The Mustang has horsepower and tarmac tyres.  Looking at this morning’s standings we have a 9 min 15sec gap to Rob.

Team mates Gerry and Matt in the P76 are now in 4th spot.  A pretty good effort considering the results at Day 3 had them close to last. I expect they will make it to be one of the top three.
Our other Belgian friends and teammates, Eric and Renee in the fairly standard 240z are performing very well.  I don’t believe they have put a foot wrong anywhere and they are in 6th spot. 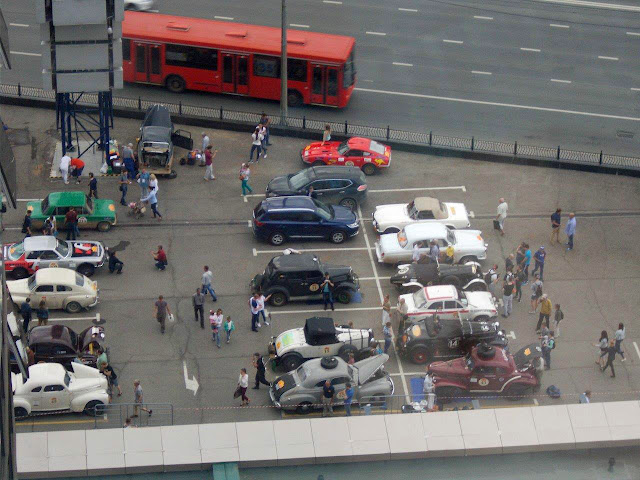 From out hotel room on the 18th floor, it’s amazing the crowds of people who show interest in the cars. They frequently try to ask questions but interestingly, when we appear not to understand, they seem to feel that if they say it louder we might. Luckily we don’t take offence at being yelled at.

(Later)
Some tourist photos from today: 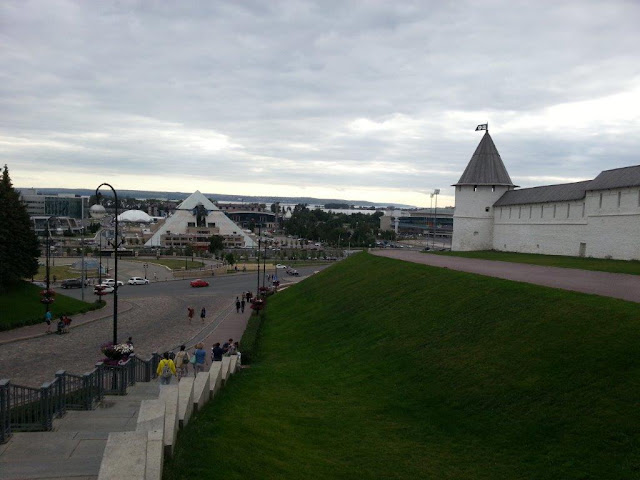 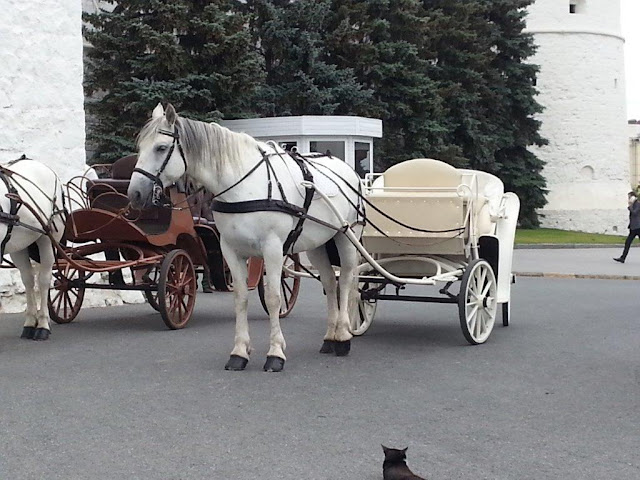 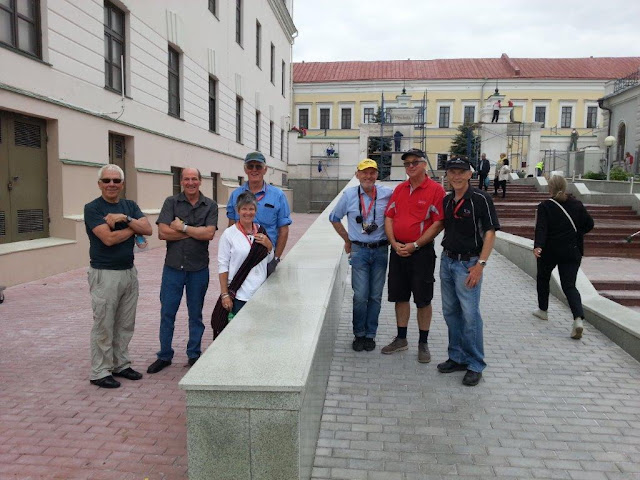 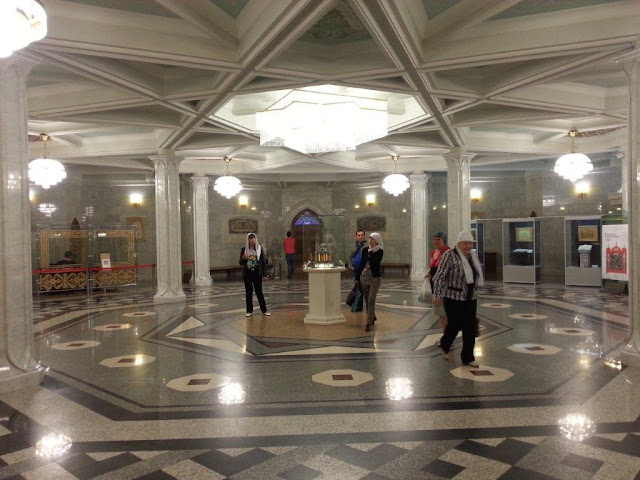 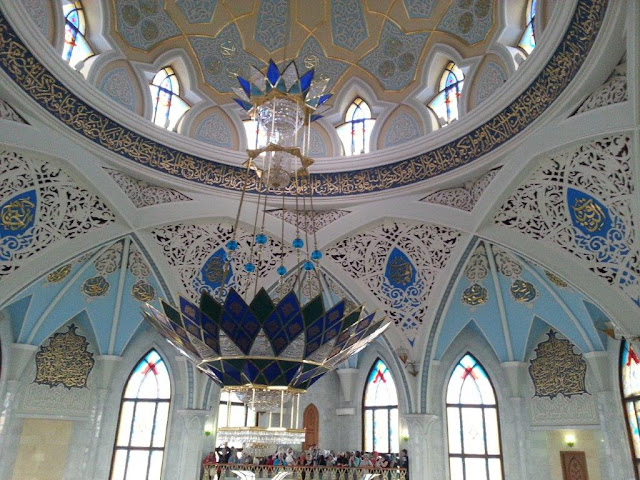 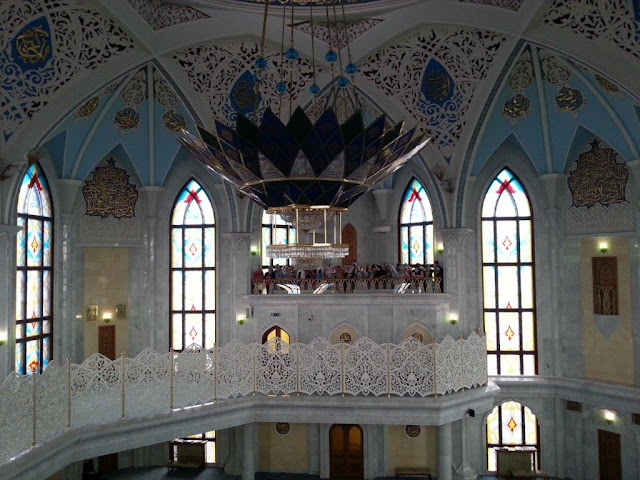 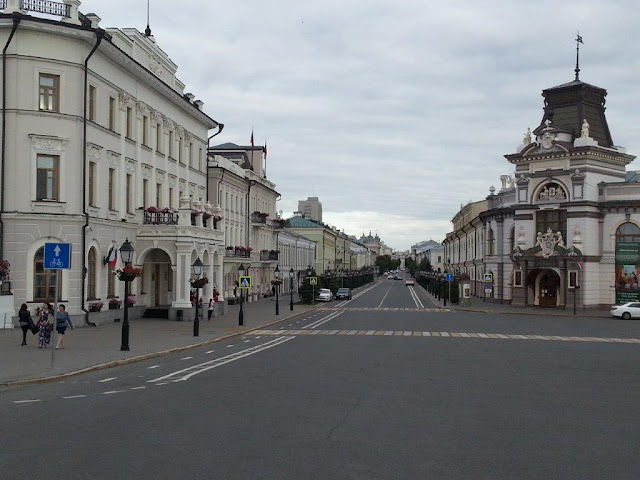